Poems by the artist in dialogue with paintings and drawings 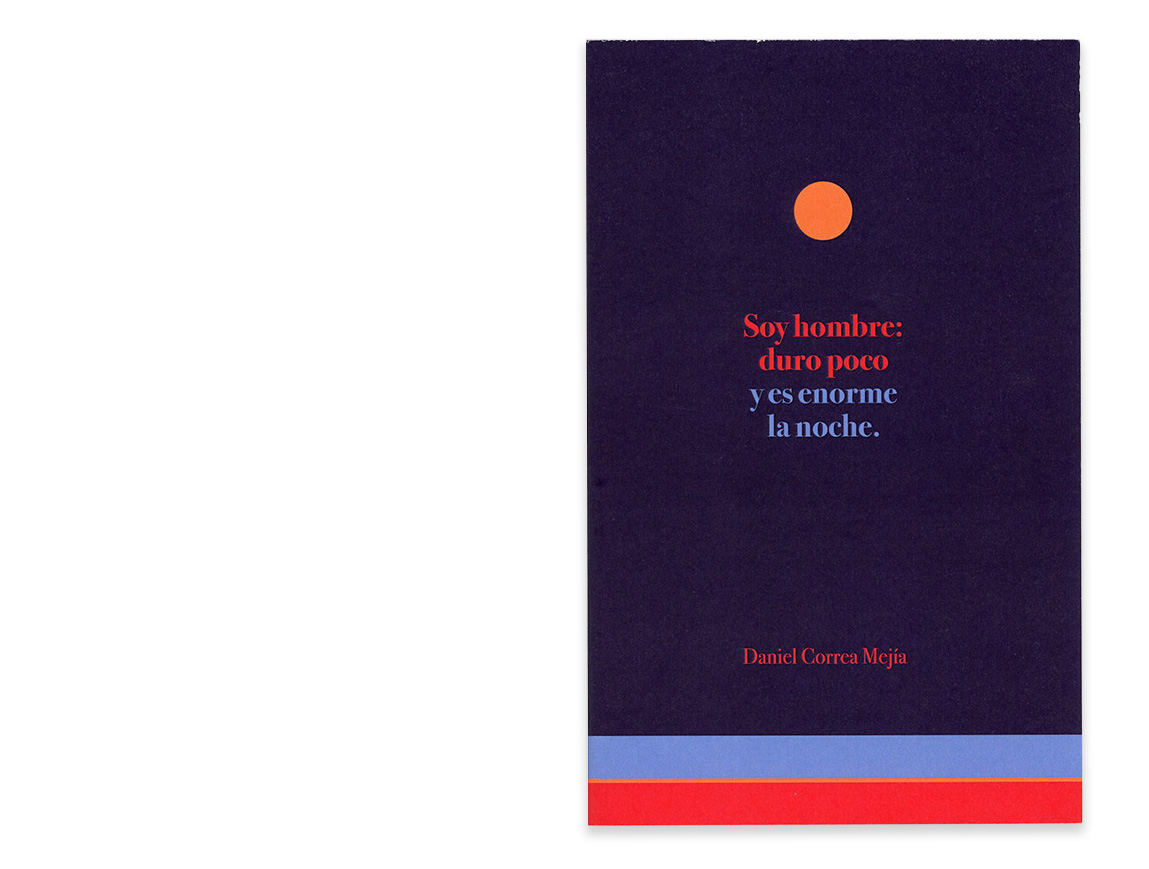 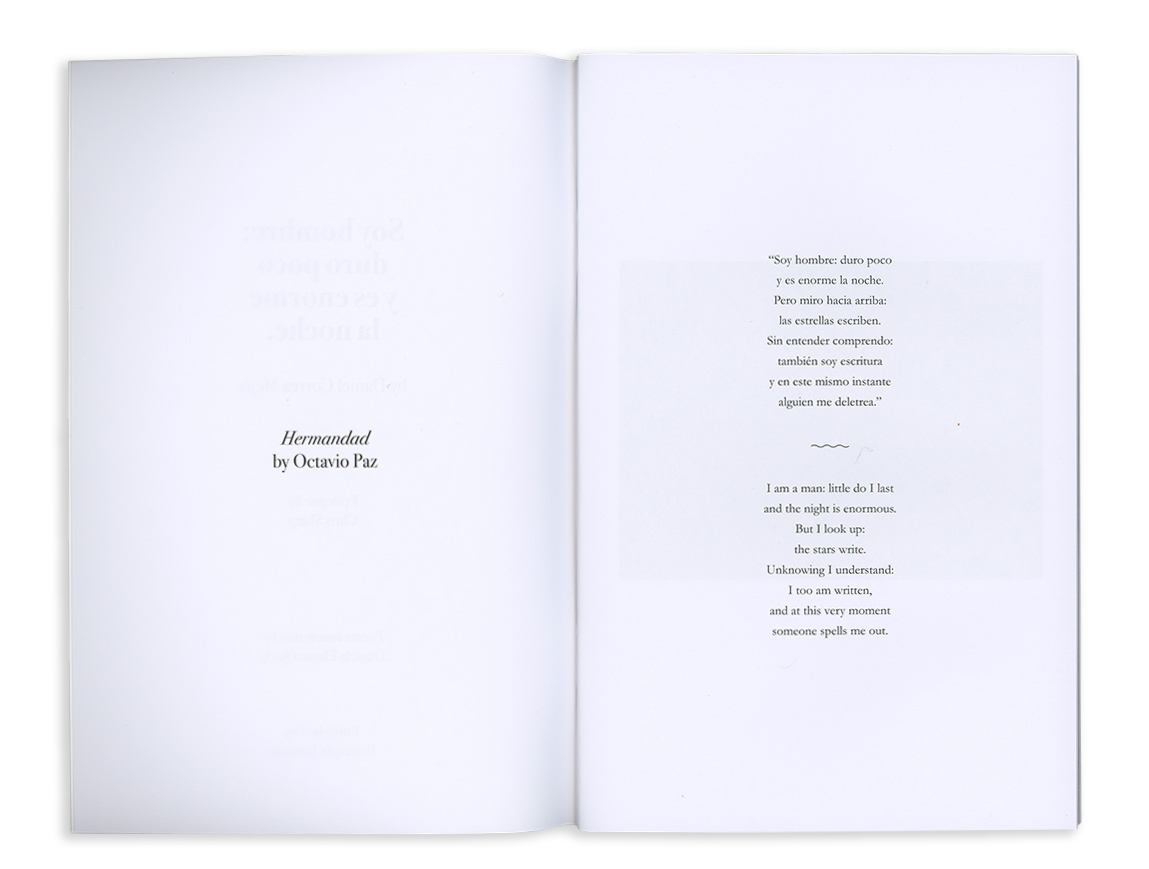 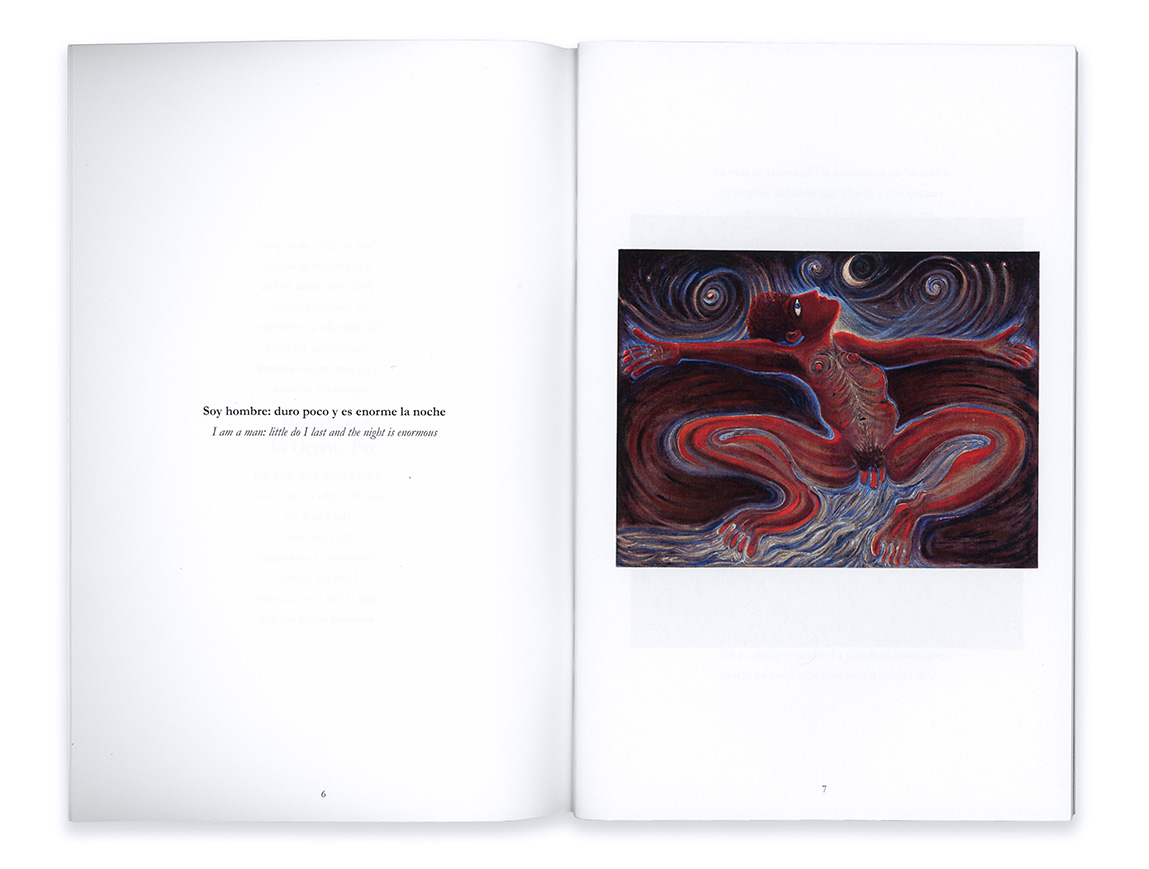 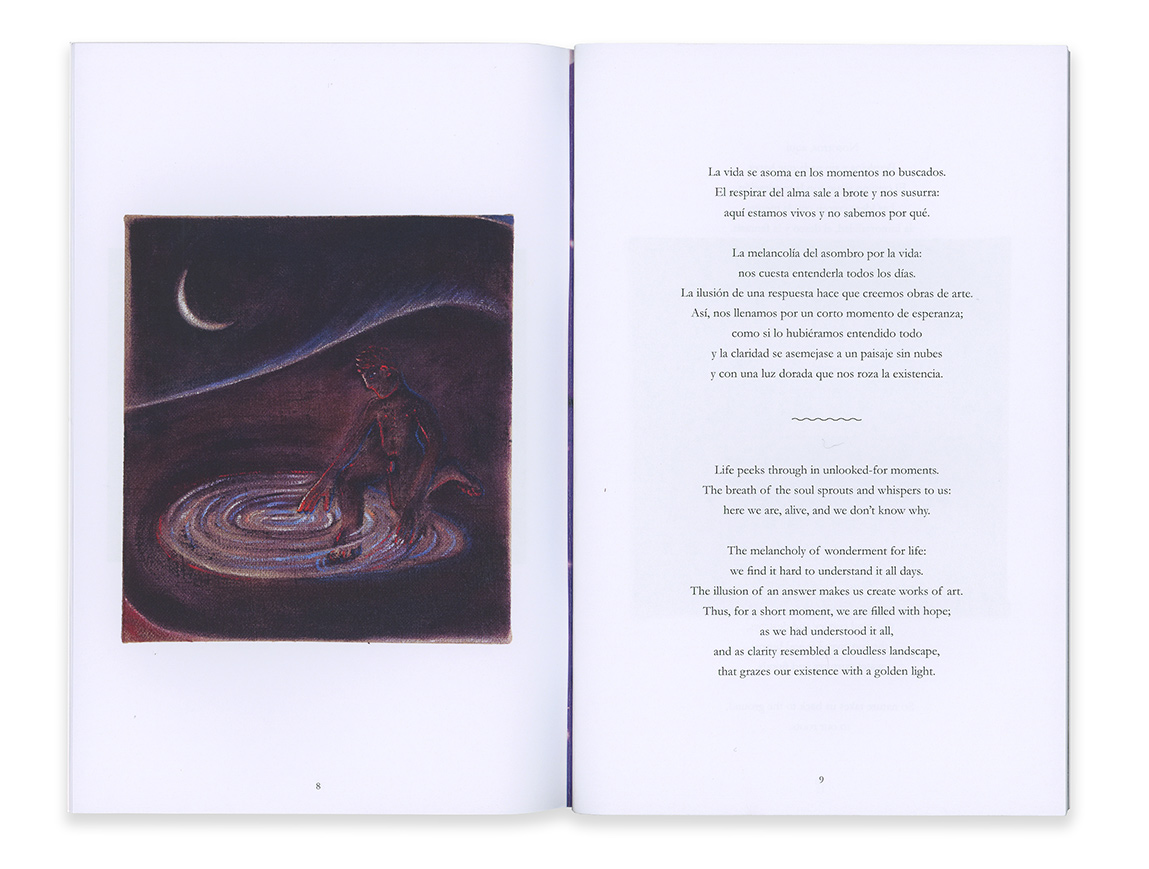 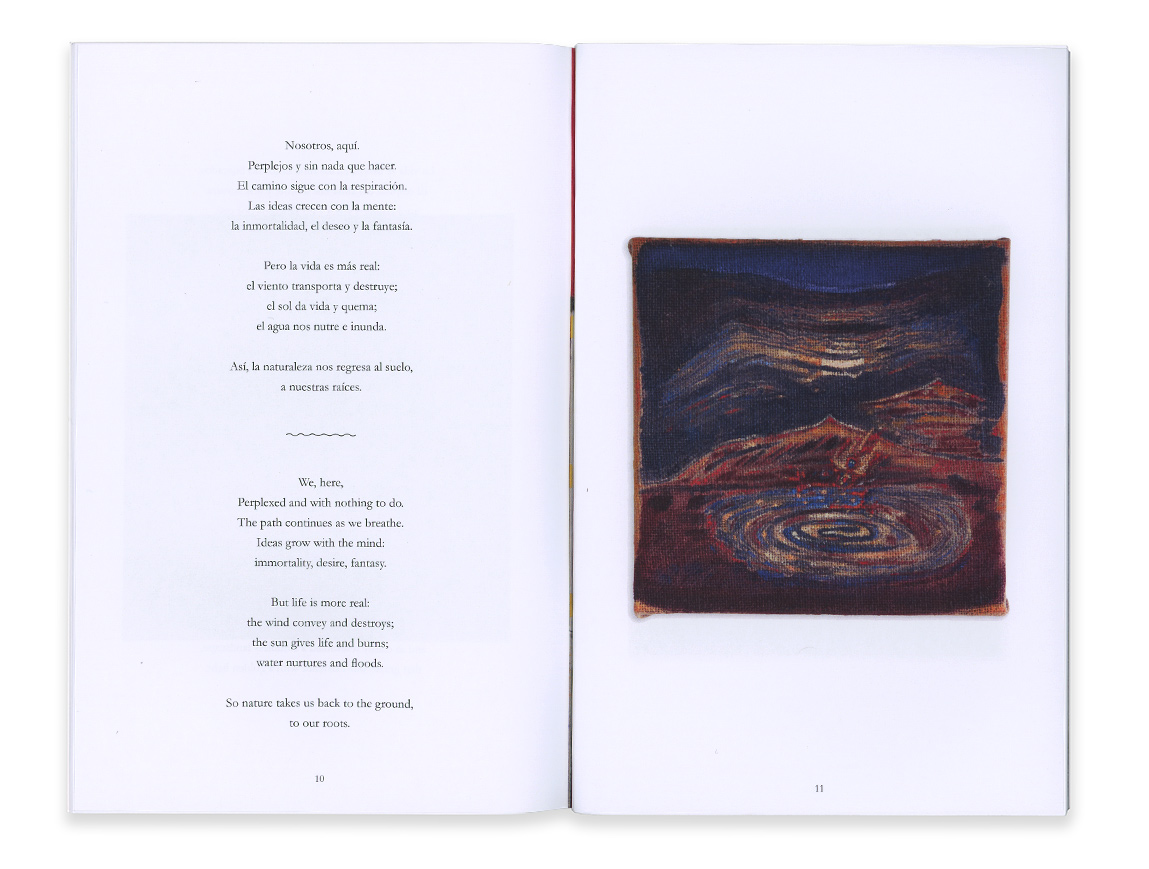 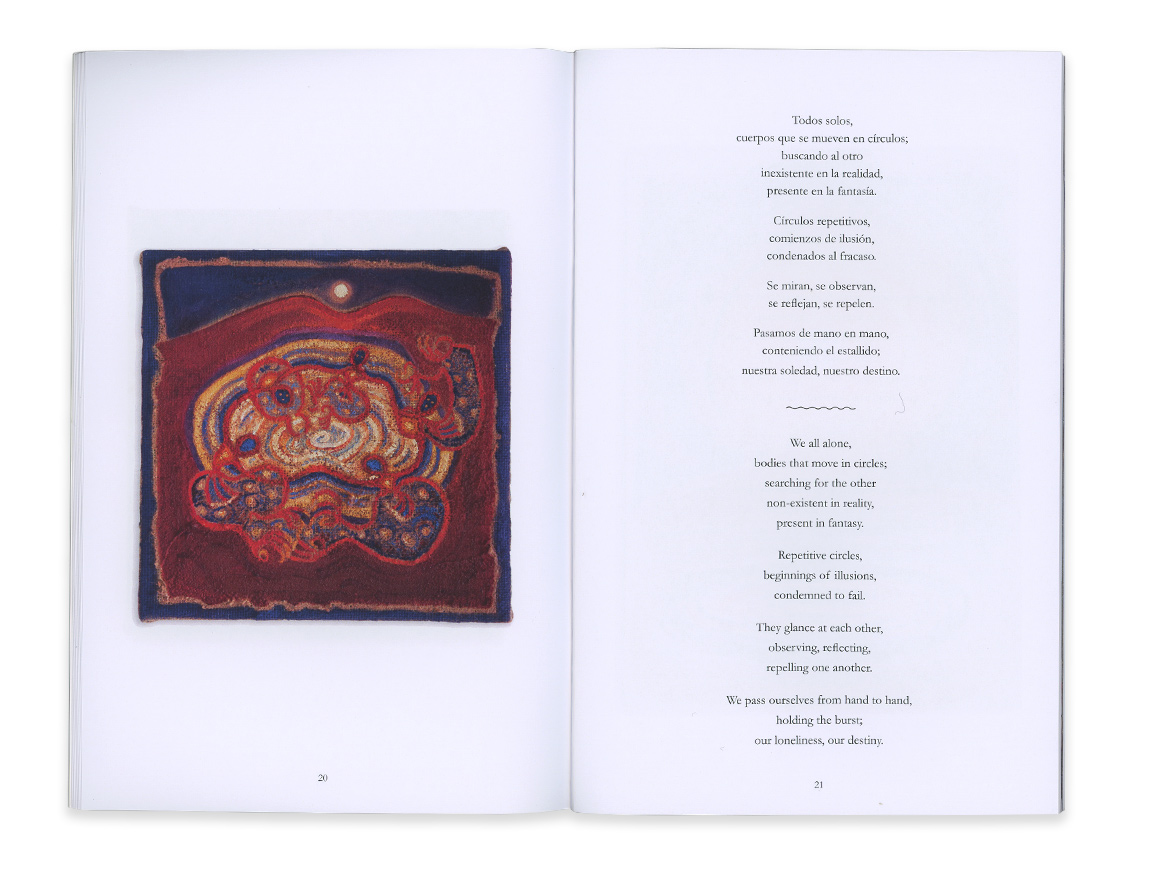 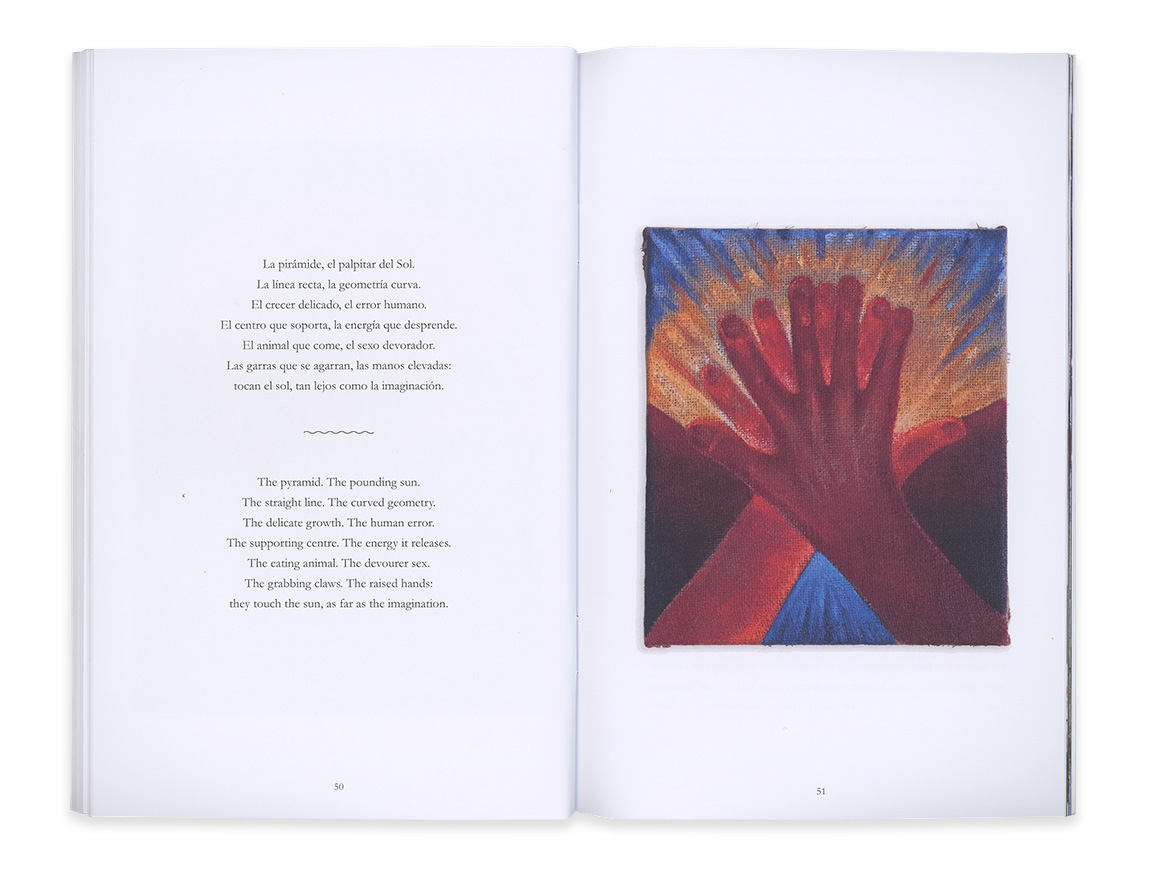 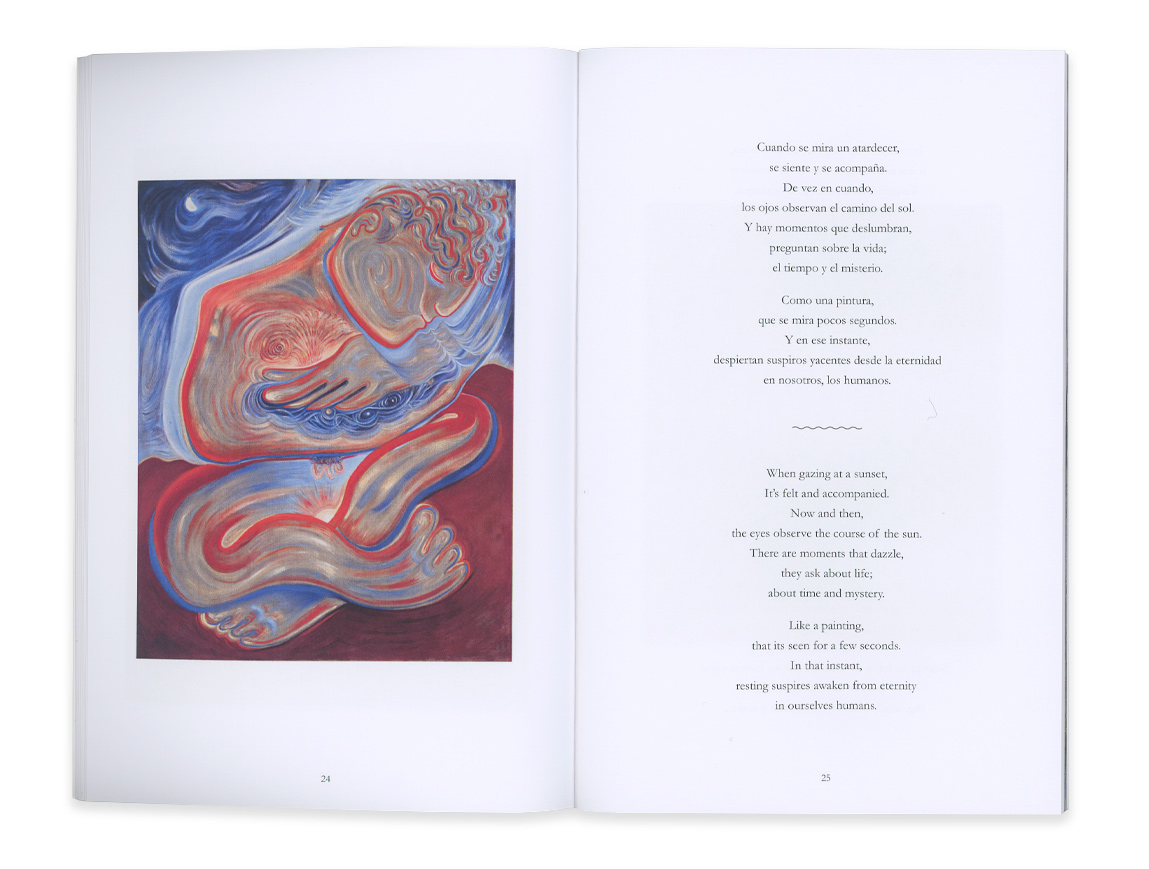 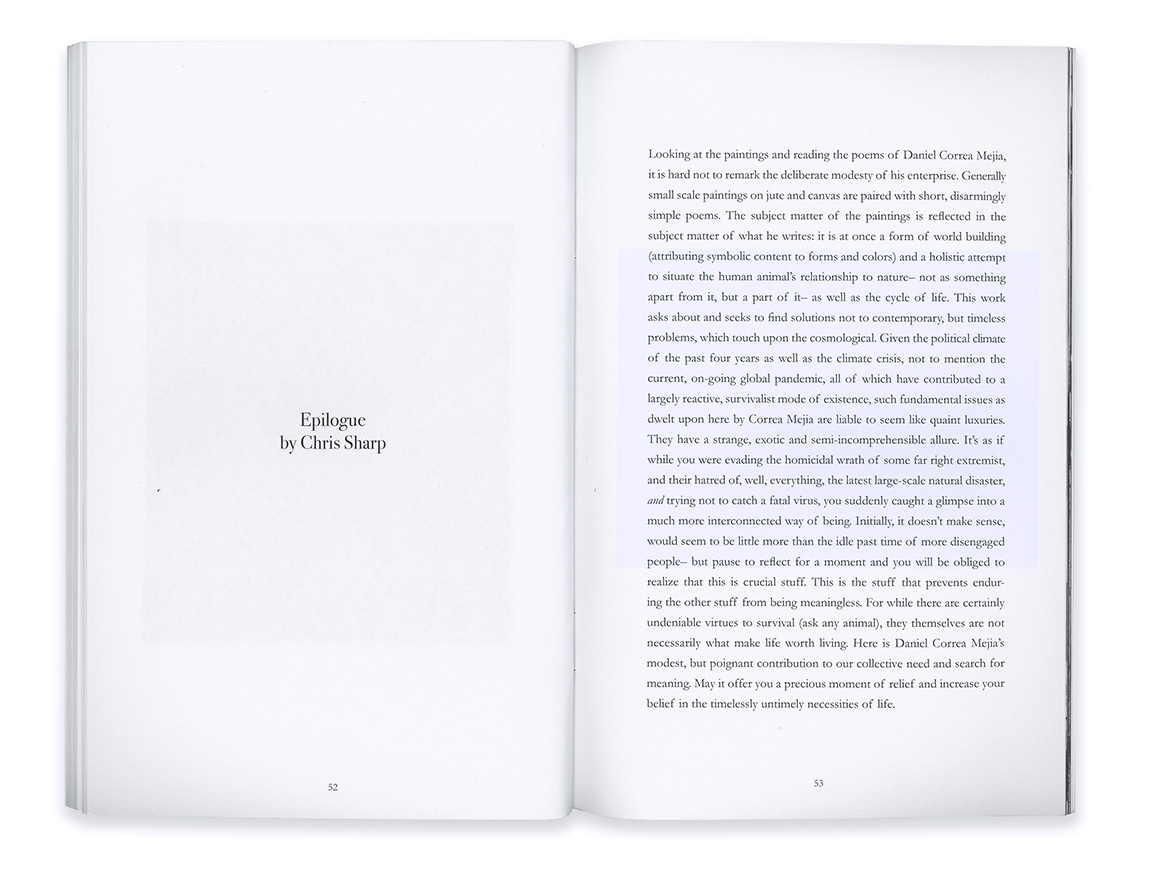 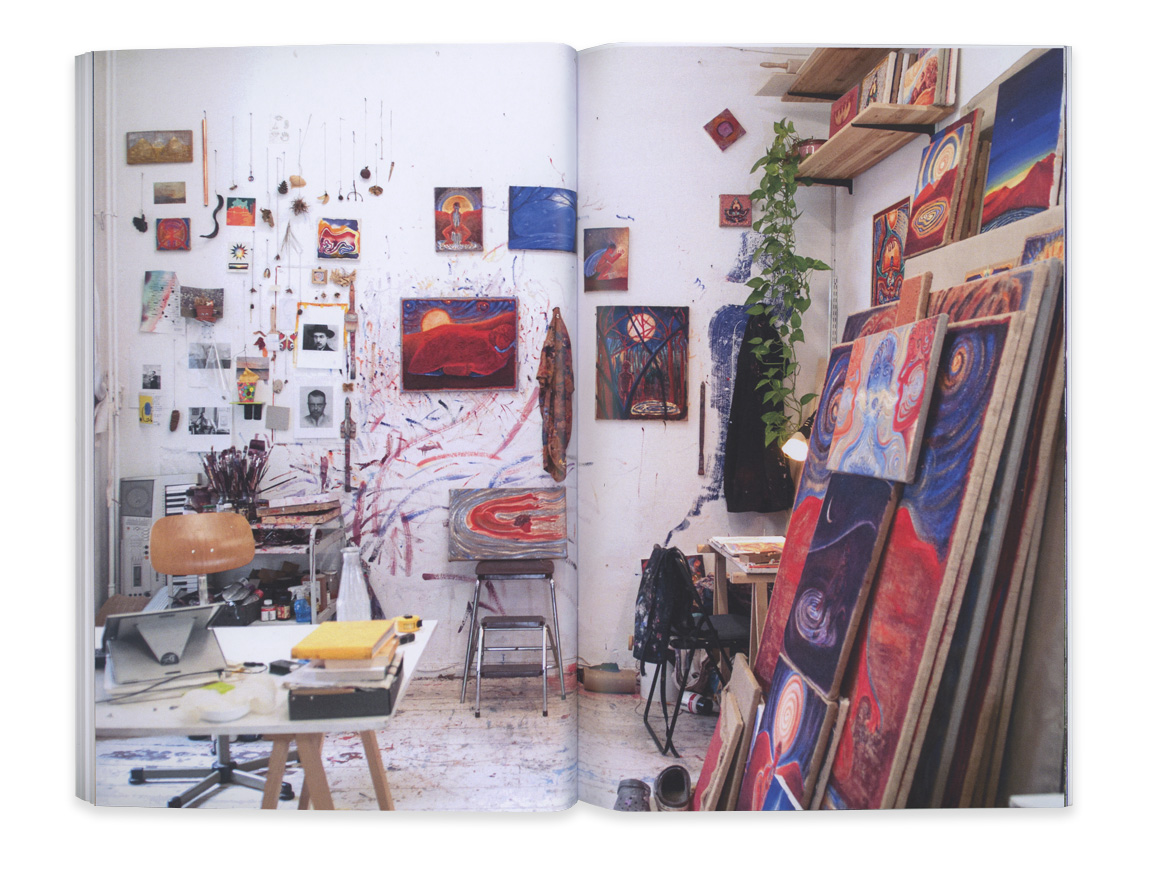 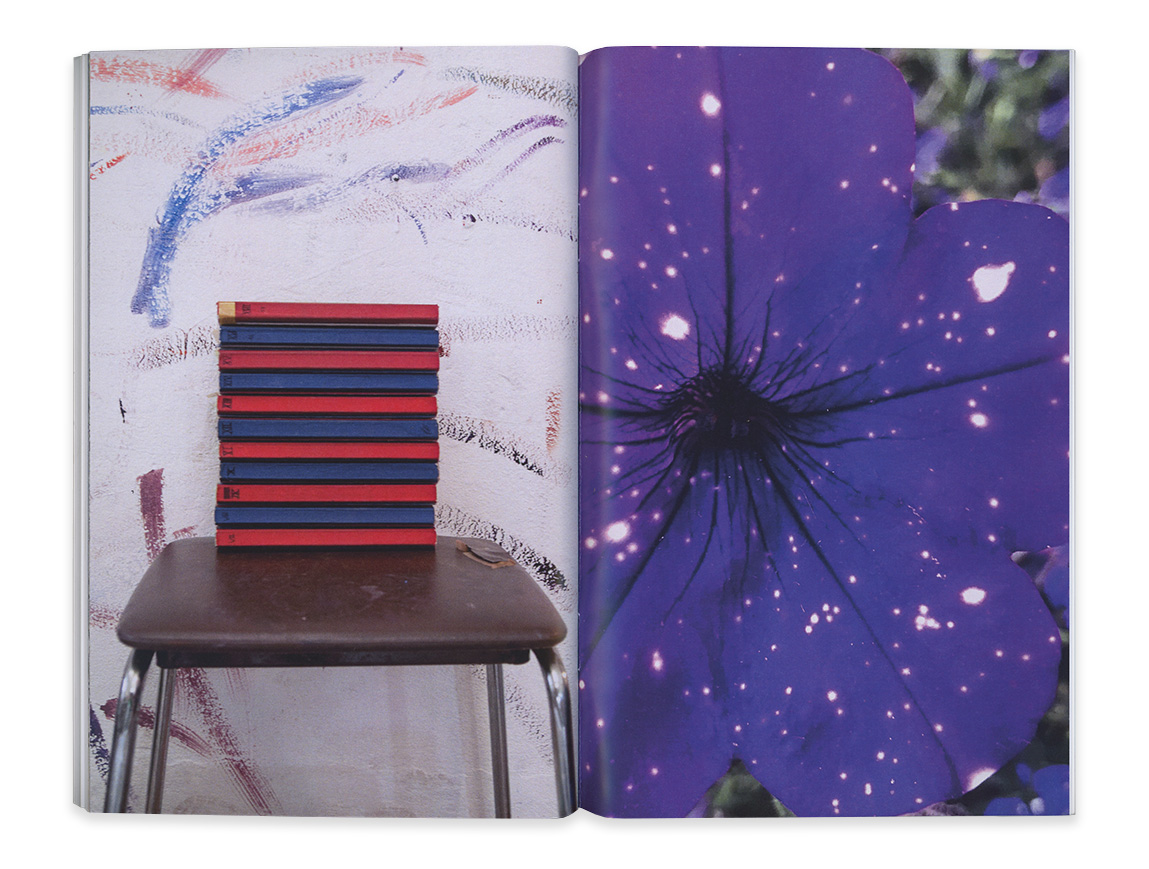 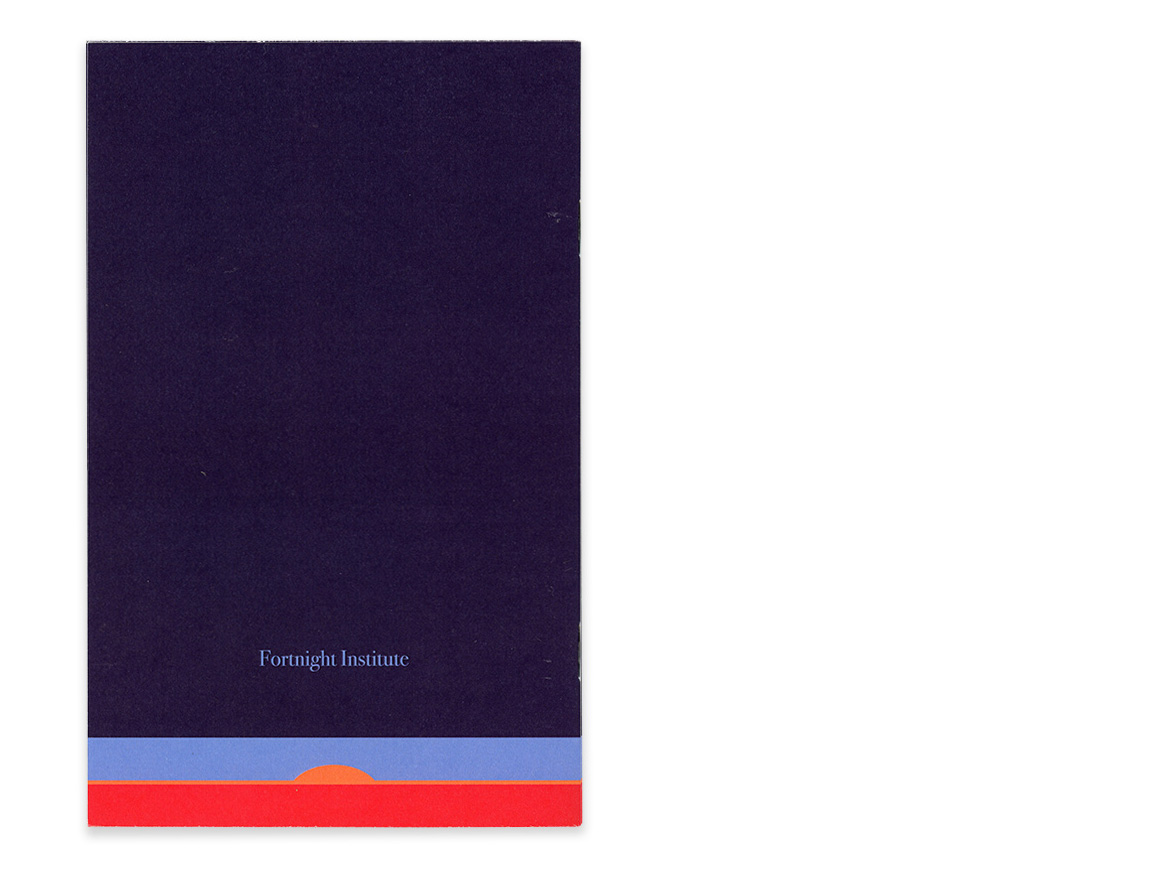 Looking at the paintings and reading the poems of Daniel Correa Mejia, it is hard not to remark the deliberate modesty of his enterprise. Generally small scale paintings on jute and canvas are paired with short, disarmingly simple poems. The subject matter of the paintings is reflected in the subject matter of what he writes: it is at once a form of world building (attributing symbolic content to forms and colors) and a holistic attempt to situate the human animal’s relationship to nature– not as something apart from it, but a part of it– as well as the cycle of life.  This work asks about and seeks to find solutions not to contemporary, but timeless problems, which touch upon the cosmological. Given the political climate of the past four years as well as the climate crisis, not to mention the current, on-going global pandemic, all of which have contributed to a largely reactive, survivalist mode of existence, such fundamental issues as dwelt upon here by Correa Mejia are liable to seem like quaint luxuries. They have a strange, exotic and semi-incomprehensible allure. It’s as if while you were evading the homicidal wrath of some far right extremist, and their hatred of, well, everything, the latest large-scale natural disaster, and trying not to catch a fatal virus, you suddenly caught a glimpse into a much more interconnected way of being. Initially, it doesn’t make sense, would seem to be little more than the idle past time of more disengaged people– but pause to reflect for a moment and you will be obliged to realize that this is crucial stuff. This is the stuff that prevents enduring the other stuff from being meaningless. For while there are certainly undeniable virtues to survival (ask any animal), they themselves are not necessarily what make life worth living. Here is Daniel Correa Mejia’s modest, but poignant contribution to our collective need and search for meaning. May it offer you a precious moment of relief and increase your belief in the timelessly untimely necessities of life.

This book was published on the occasion of the exhibition Soy hombre: duro poco y es enorme la noche at Fortnight Institute, NY, 2020.